Given our close proximity to our Nation’s capital while in Maryland attending Corey and Jodi’s wedding, the Wykles decided to make a detour to DC.  After the ceremony on Saturday we grabbed Nana and hopped in the van and headed south toward Obama headquarters. It took about 2 hours to arrive at our hotel in Alexandria, VA. Shelley had booked us in the Washington Suites. It turned out to be a older apartment building that had been converted into a hotel. Our room included a full two bedrooms, two baths, and fully functional kitchen. The kitchen appliances were circa 1970’s, but functional and came in very handy to prepare the quick snacks and a few diners. 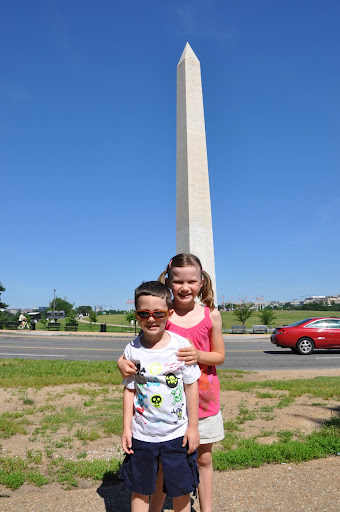 Eli and Natalie pose in front of the Washington Monument.

Our first day touring was Sunday. We hopped the Metro blue line at the Van Dorn Street station. 45 minutes later and we arrived at the Smithsonian stop. We decided to start off with the Gray Line double-decker bus tour. We hopped the bus at stop #3 on Constitutional Ave and jumped off at the Lincoln Memorial. 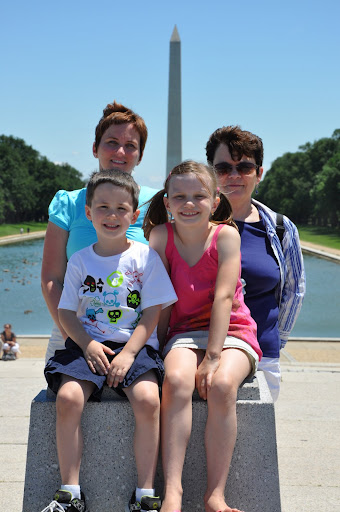 Shelley, Eli, Natalie, and Kelly pose at the Lincoln Memorial 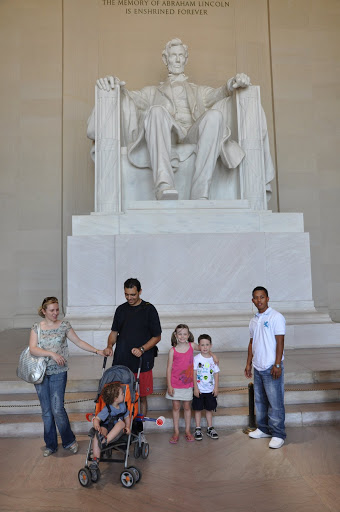 Natalie and Eli strike a pose in front of Lincoln. 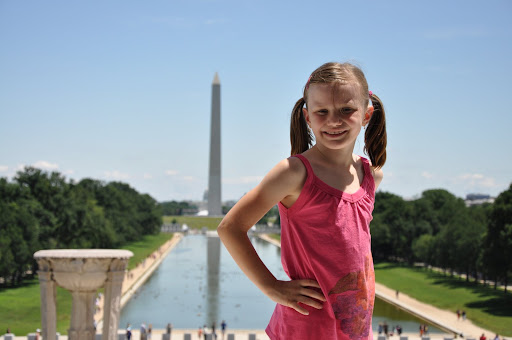 Natalie on the steps of Lincoln’s Memorial.

The tour took about 2 hours to see most of the popular DC sites. The weather was gorgeous! The next stop took us to the Natural History Museum. We also met up with a HS friend (and family) of Shelley’s that happened to also be traveling through the area. Both families strolled casually through looking at all of the cool exhibits. 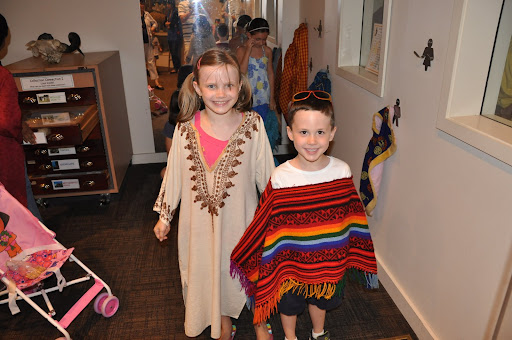 Natalie and Eli in their authentic dress. 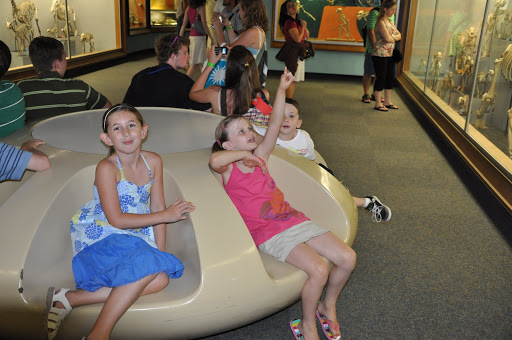 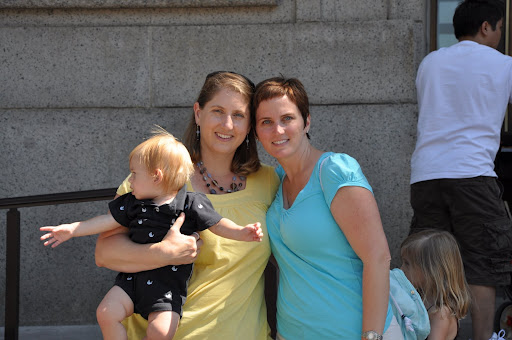 The first full day of touring took at a lot out of the troops. Here is what a full day of sight seeing can do to a person. 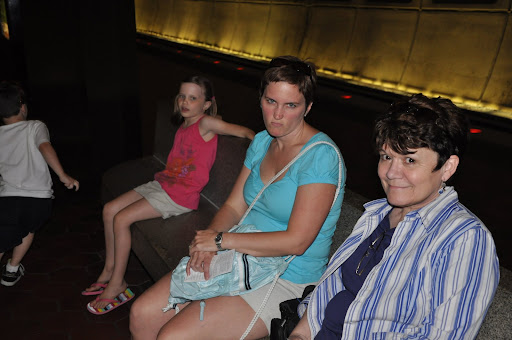 Shelley after a long day of walking and kids whining…

The second day of touring started off with a great start. We set up a guided tour of the Capital through Representative Davis’s (R-KY) office. Intrestingly enough, the intern that was assigned to give our tour was a former student of Shelley’s…what a small world! 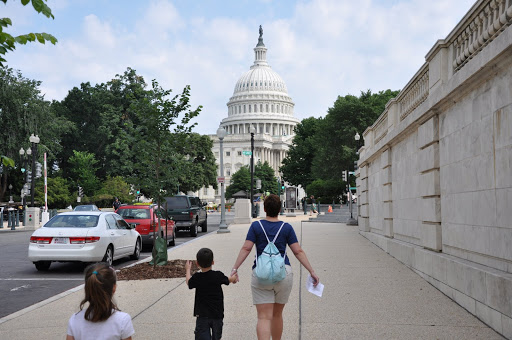 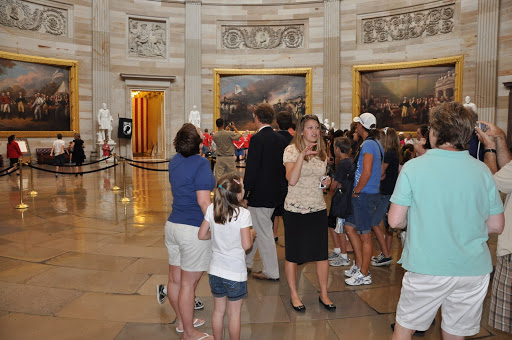 Our tour guide (Krista) describing facts about the Capitol rotunda. 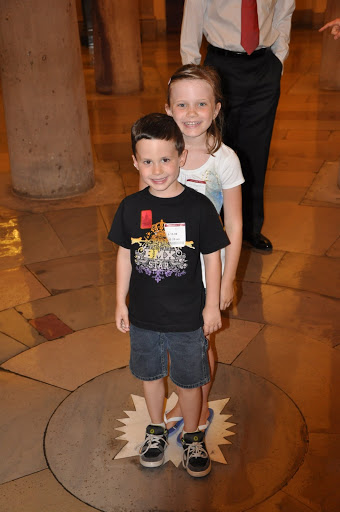 After the Capital tour, we headed to the American History Museum. Next  we hit the Crime and Punishment Museum. Lastly, to round out the day we ended up at Madame Tussauds Was Museum. The kids (and adults) enjoyed this attraction the most. The figures are unbelievably realistic. 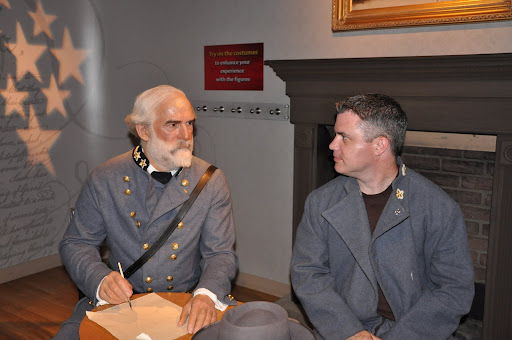 Chris and General Lee have a discussion. 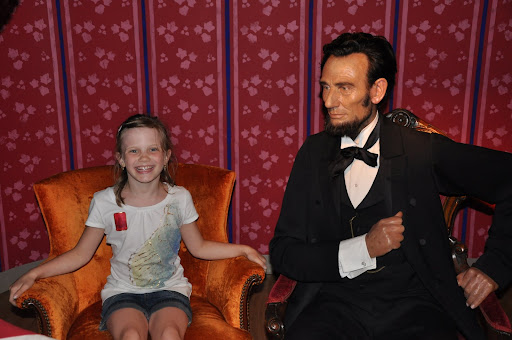 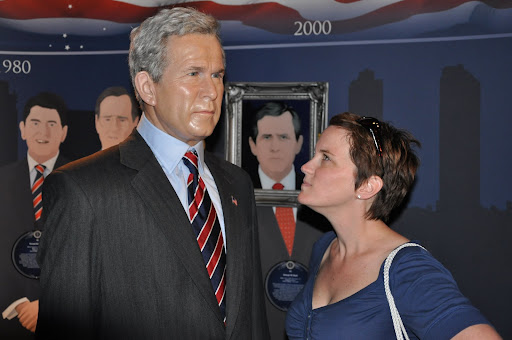 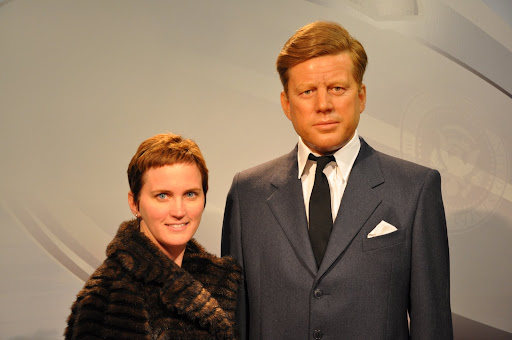 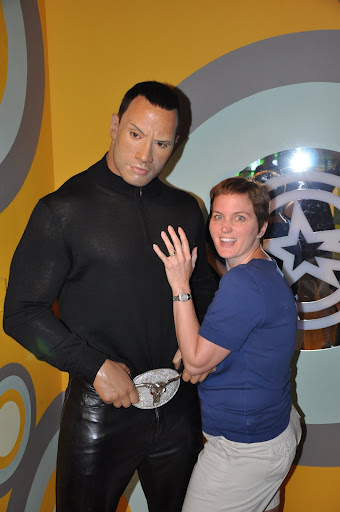 Shelley feeling up the Rock