Saturday (04/18/09) marked the end of a very productive gymnastics season for the 5 Star Gymnastics level 3 team. The 5th and final meet took place in Hopkinsville, KY at Angles Gym. This meet wraps up the season as the KY State USGA meet. After a very shaky start, Natalie found her resolve and secured two first place finishes in the floor exercise and vault.

Uneven Bars – The day started out on the infamous uneven bars. This event has proven to be the most sketchy over the 5 meets this season. Natalie was lead-off and delivered a solid routine. No major blunders and a nice stuck landing. It appeared to be a foundation routine for the team to capitalize on. Then the score…8.65? Not what we were expecting. Natalie was visibly disturbed and even showed a few tears. The rest of the team’s scores hovered around mid 8’s with Kate pulling the top score with a 9.1. The 5 Star faithful took a deep breath and knew it was going to be a long day with scoring this tight.

Balance Beam – The next event was the balance beam. This has clearly been Natalie’s strongest event all season and should help to erase the unpleasantness of the bars. Kate and Brooklyn mustered 9.15 and 9.125 respectively. Natalie was the anchor member for this event. She had a beautiful mount and a nice Arabesque. Her handstand was one of the best I’ve seen her perform. She continued through the routine to the pivot and proceeded to execute her split jump. The jump was very nice with good height. She appeared to land fine, but her balance was off, sending her off the front side of the beam. This was her first fall in a competition…and her expression after remounting the beam says it all. She managed to finish her dismount but ran off sobbing towards the coach. She still managed an 8.8 even with the fall (0.5 point deduction).

As the team waited to move to the next event, Natalie was quite upset. Many people tried to console and encourage her. Both Shelley and I stayed out of the mix in order not to exacerbate the situation. Natalie appeared to regain her composure enough to move to the next event. BTW – At the conclusion of the meet, we found out that coach Terri had to finally issue a little tough love to Natalie. She told her that she would not be allowed to continue with the meet until she pulled herself together. Nicely done coach!

Floor Exercise – The floor routine was the next event on the rotation. Natalie had a solid routine and landed her best score (9.45) of the season.

Vault – The vault was the final event. Natalie carried her new found attitude to the vault and landed again her best score (9.35) of the season.

After the very questionable start, the Level 3 team put together a good showing for this season ending meet. Natalie finished the day with two first place finishes for the floor and vault in the 8JR age group. The floor and vault scores pulled her through in the all around to capture a respectable 5th place. She was beaming! 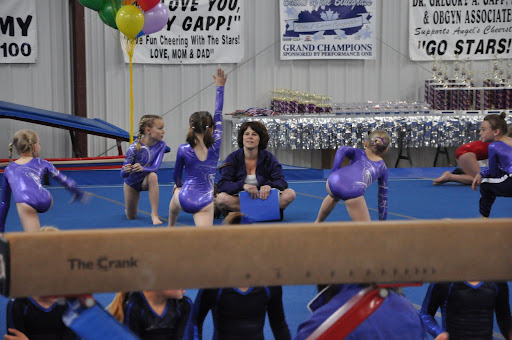 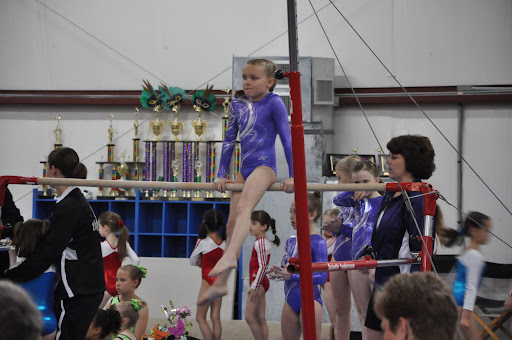 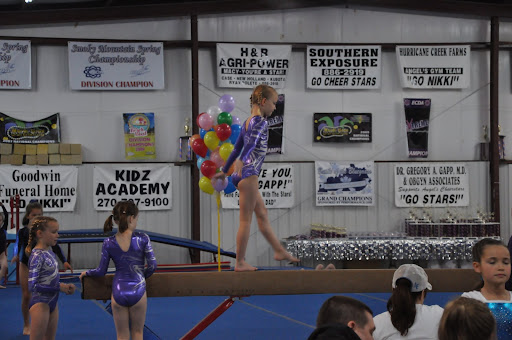 Kate warms up on beam 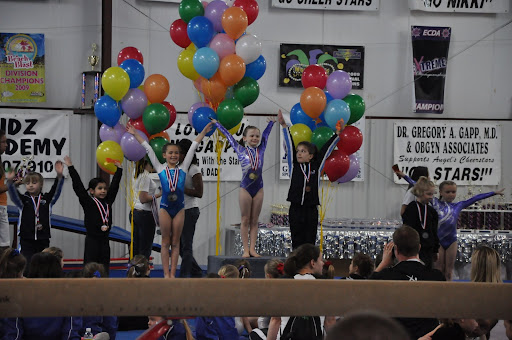 Natalie gets 1st place in vault at KY state meet 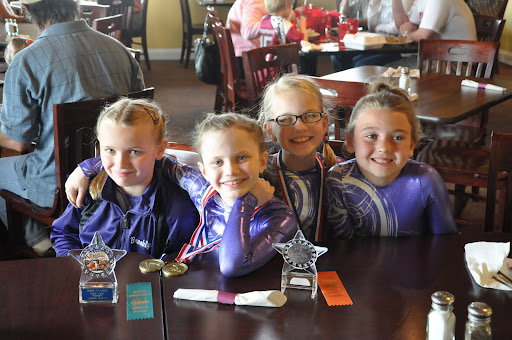 Brooklyn, Natalie, Kate, and Faith get ready to eat after the meet 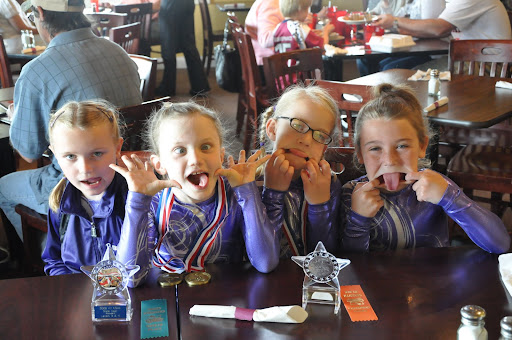 Silly faces from the 5 Star team