All I can say – “Who is up for the same thing next year?”

Shelley and I just returned from a 7 day all inclusive (adults only) trip to The Grand Palladium Punta Cana Resort and Spa in the Dominican Republic. Under the auspice of our 10th wedding anniversary, Shelley and I decided to treat ourselves to some rest, relaxation, and of course libations!

Back in May we started talking about what we should do this year considering it was our 10th year married (13 years together). Last year for our 9th we had a great time in Chicago over a long weekend. We decided that we needed to step it up a notch. A cruise? Europe? Nope…Punta Cana it will be! We also concluded that it would definitely be more fun if we could get some other couples to join in on the excursion. We floated the idea to a number of friends and two other couples were up for the sun and fun. The Robertson’s (Tina and John) and the Noltings (Andy and Stacy) were both quick to agree to joining in on the adult vacation coup.

This was our first trip to Punta Cana and it came highly recommended by Stacy and Andy that had visited twice previously. The trip we picked was a full inclusive package (flight, hotel, food and adult beverages included) purchased through Apple Vacations – departing from Cincinnati with a direct flight to Punta Cana. It ran July 26th through August 2nd. The picture shown here was our first picture as we set foot into the Punta Cana airport. Look how nice everyone looked. :) 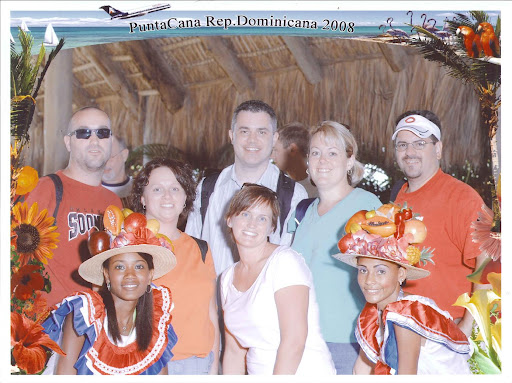 Property – The resort was quite large once we got a chance to explore the whole property. It was made up of three different hotels – Grand Palladium Palace, Grand Palladium Punta Cana, and Grand Palladium Bavaro. All restaurants, shops, pools, and amenities where shared and included in the package. You had your pick of 4 pools, 10 bars, and 9 restaurants within the walls of this resort. Here is a picture of some of the grounds as we walked around. The grounds were nicely kept and included tremendous amounts of tropical vegetation. 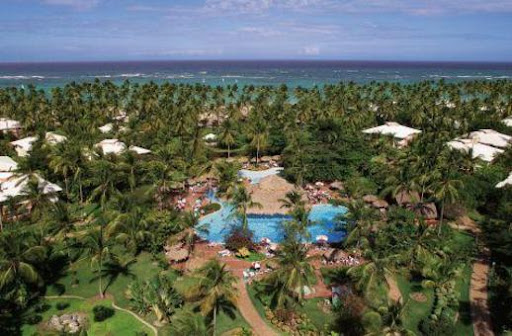 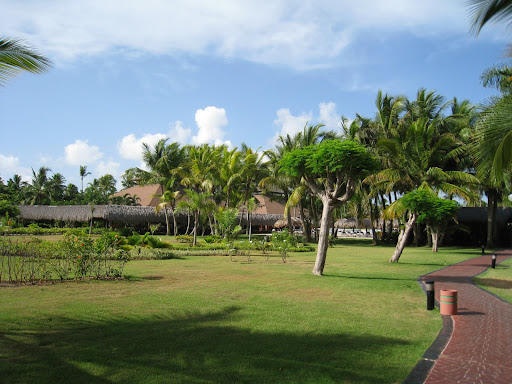 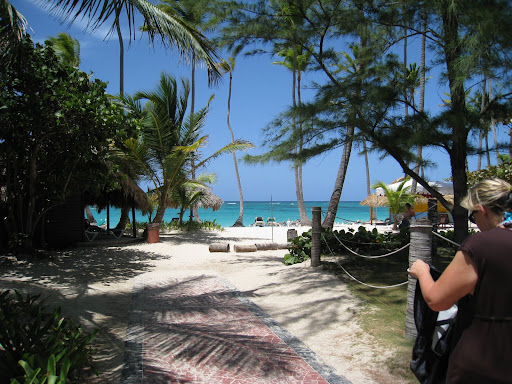 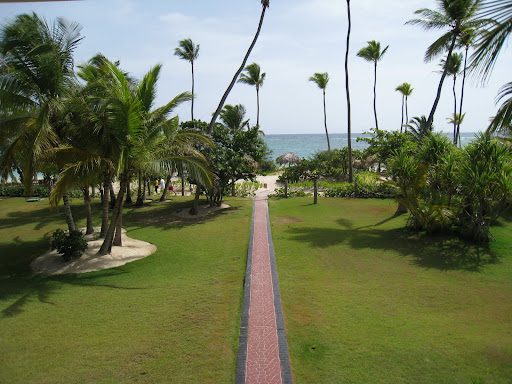 Rooms –  The rooms in the Punta Cana were nice and clean and included all of the needed essentials. Our hotel was the smallest of the three, but was the most convenient to the beach. Shelley and I decided to opt for the Junior Suite (see below)…best view in the building (end view and next to beach), but turned out to be a mixed blessing. It was a larger room and had three exterior walls – that made for a warmer room in general. This would be our only complaint regarding the whole experience. Note to self ~ “interior rooms are cooler and darker”. 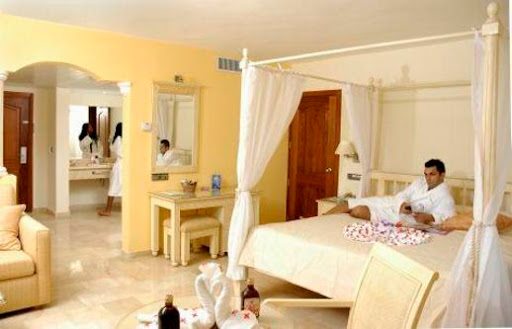 Food – The food was plentiful and spectacular. We ate at a mixture of buffets and À la carte restaurants. The consensus for the group favorite had to be the Italian restaurant (Mare Nostrum), but all of them had something that everyone could enjoy. I included this shot of one of the buffets because Andy fell in the love with the turkey carving station on the last night’s meal. 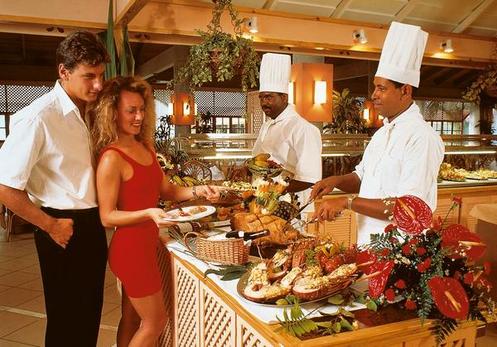 Bars – As described above, you had a wide selection of water holes throughout the complex. Given our location and desire not to unnecessarily walk to far to get our “drunk on”, we mostly gravitated to the Macao Bar. It was located right off the our hotel lobby. It was only 30 yards away from our building 4000. That also meant we could exert the least amount of effort after consuming some of the local beverages. I would have to say the most popular drink consumed by the guys was the only beer available throughout the property – El Presidente. The ladies gravitated more towards the rum or vodka infused juices or “slushies”. During one of our early drinking sessions, we befriended a server by the name of Margarita. She had the nicest personality and was always smiling. From that point on, we went out of our way to end each day drinking, laughing, and communicating (any way we could) with Maragrita. 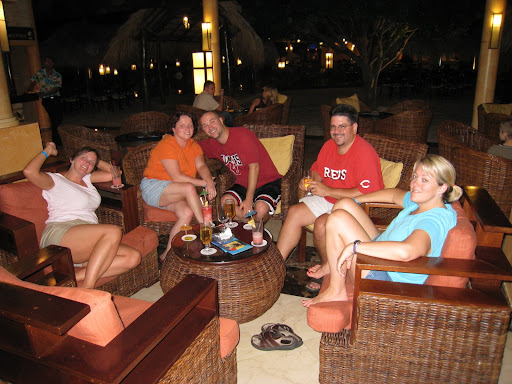 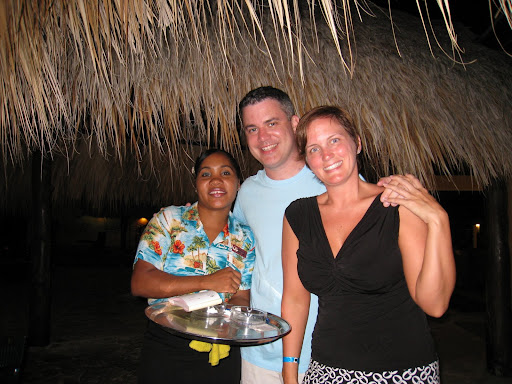 Excursions – We booked two different “off property” excursions. One half day trip to Marinarium (snorkeling) and the other full day adventure to Saona Island (boat cruise and dancing). Marinarium was a pretty standard snorkeling trip with the highlight occurring at the end when we got the opportunity to swim with sting rays and nurse sharks. It was quite eerie at first considering these animals are quite large and intimidating, but after a while it was clear that you had nothing to worry about. The Saona Island trip was significantly more enjoyable. The trip does require travel by bus from Punta Cana to the small fishing town where you have to board power boat to reach the island. Once on land, it is clear why this island was discovered by Christopher Columbus, in May 1494 on his way to the Americas. It is simply beautiful and relaxing. We ate, danced, and swam in the ocean until it was time to leave. The remainder of the trip was a leisurely cruise aboard a “party” catamaran. We danced some more while consuming much of the local beverages. I have attached some pictures from the Saona Island trip given that we haven’t developed the underwater camera pictures yet from Marinarium. 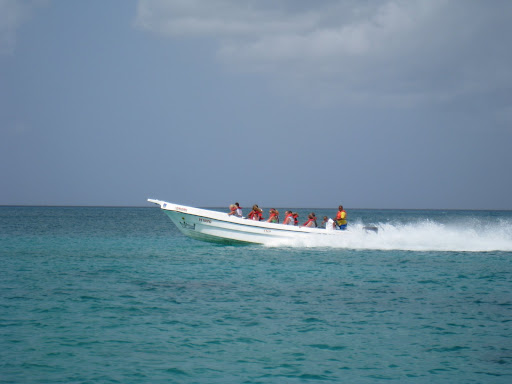 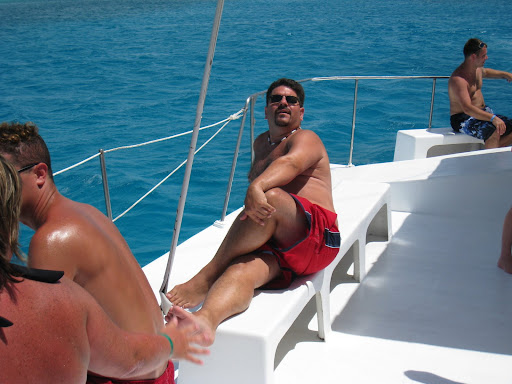 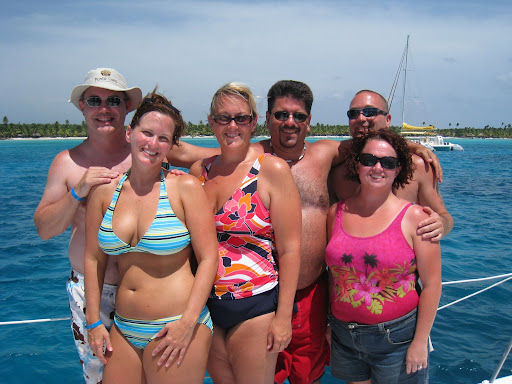 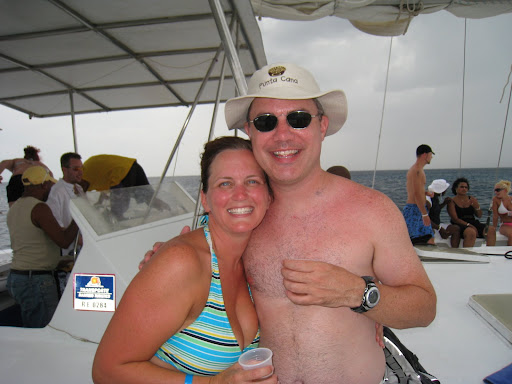 Entertainment – The resort had two different outdoor theaters with nightly shows. The shows would rotate between each of the venues such that each side of the resort would have the opportunity to see every show. Saturday and Sunday were both crowd participation activities that were centered around slap-stick comedy at the guest’s expense. The other nights were mostly musical impersonation shows. One night was all Michael Jackson and was well done. Another night was a mixture of famous acts like Queen, MC Hammer, Madonna, etc… We enjoyed them all.

Conclusions – The first sentence should paint a clear impression of our trip to Punta Cana. Everyone agreed that we would return to the same resort without hesitation. Not withstanding some minor issues (as discussed), the fun and enjoyment was quite abundant. Most importantly, the ability to reconnect with our spouses and friends was an excellent byproduct of the trip. After 10 years of marriage and kids, it is easy to loose ourselves in the day to day grind and forget about what made us who we are. Love, fun, and sun for us all!!!