Eli has finally reached the big S-I-X. This year he wanted to have a sleep over for his birthday party. After a bit of waffling and contemplating, Shelley and I decided to float the idea with some of his friend’s parents. Most parents polled seemed agreeable to the idea. We sent out the invitations and 7 of Eli’s friends RSVP in the affirmative. On the official day, January 27th, Eli got to pick his restaurant of choice. He picked Dewey’s Pizza. We ate and proceeded home to open his family gifts. 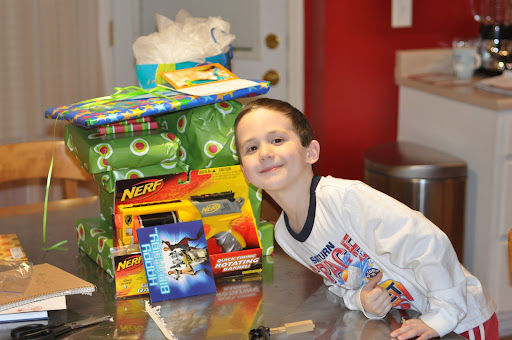 Look at the 6th birthday loot 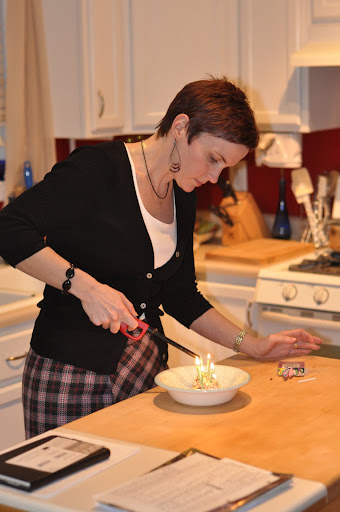 Shelley lights the candles on the ice cream 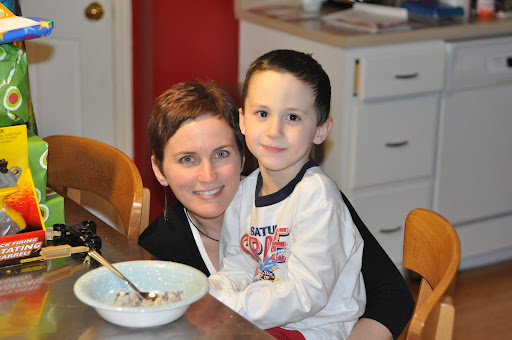 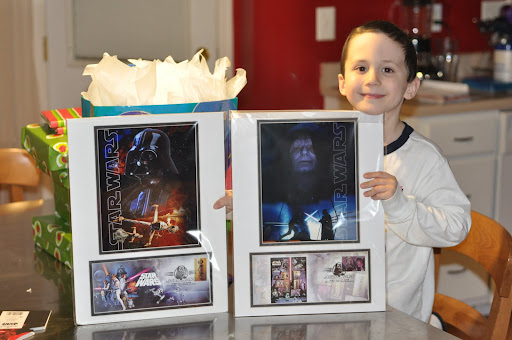 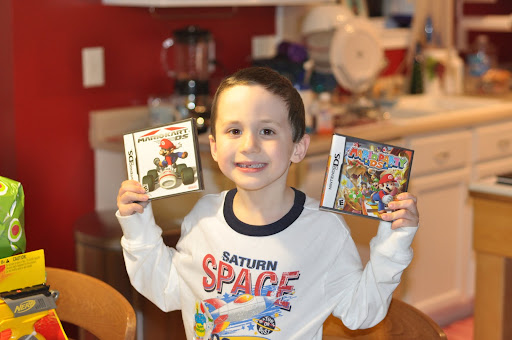 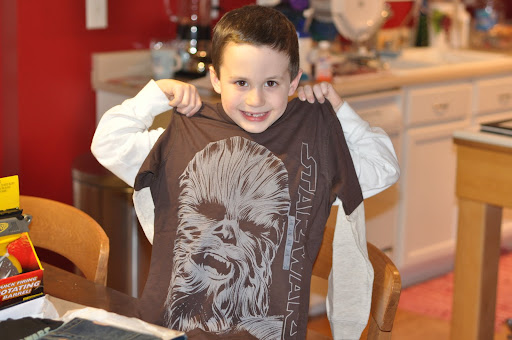 A shirt with Chewie 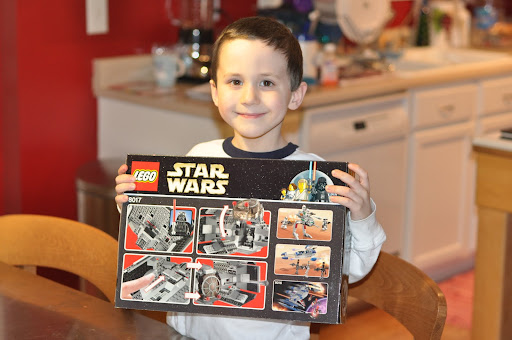 Then Friday, sleep over time, rolled around. The event kicked off with some crazy “run around the house and shoot Nerf guns” time.  In order to regain order, we went had everyone sit and eat some chili and grilled cheese. The night consisted of bouts of chaos and order. The night wound down with cake, presents, pictures, and then bed time preparation. The kids then piled on the downstairs couch and watched Star Wars Clone Wars. This put the bunch into a trance and acted as a nice tranquilizer before bed. Everyone went down without issue and the night was considered a grand success. 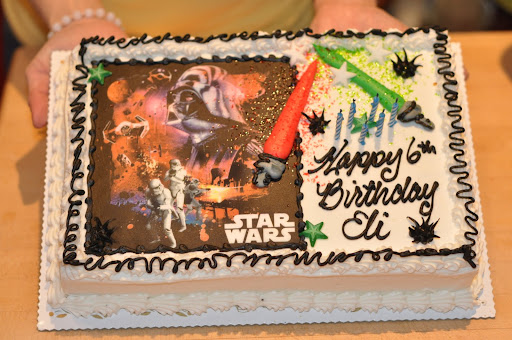 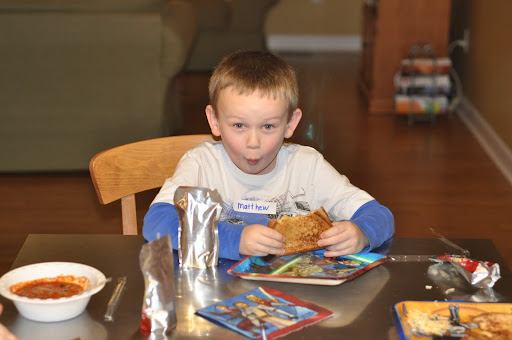 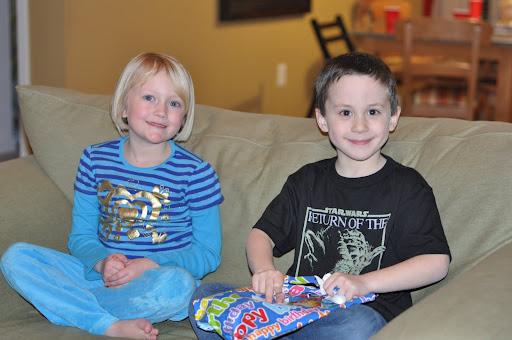 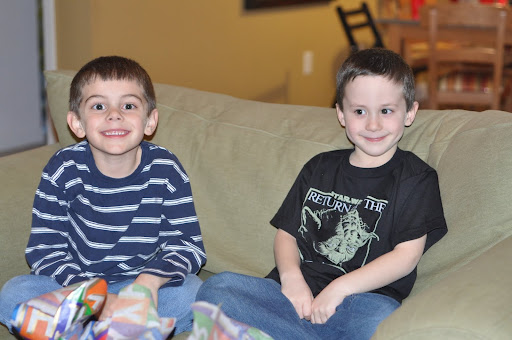 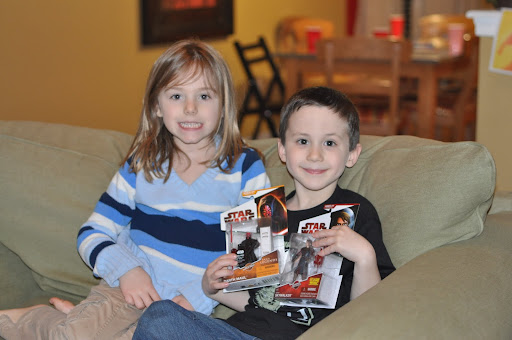 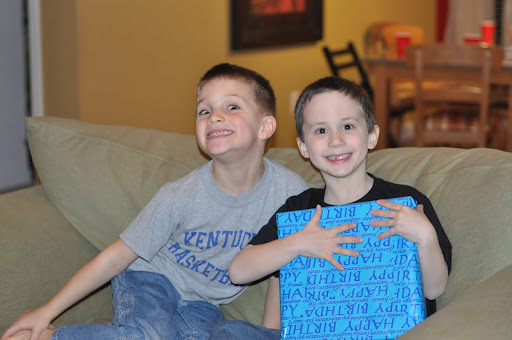 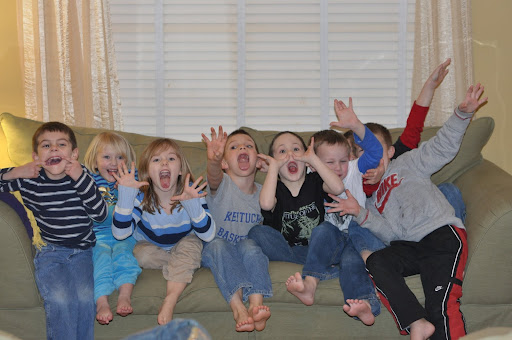 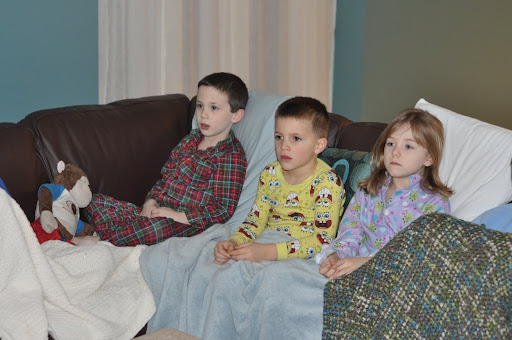 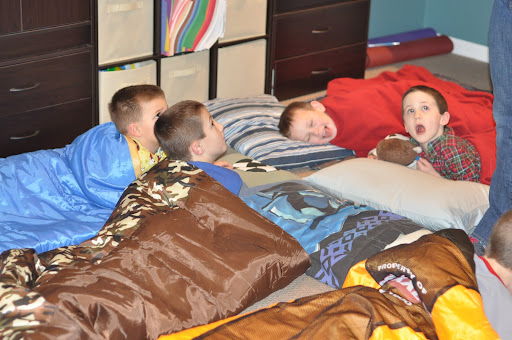 Boys settling down for bedtime